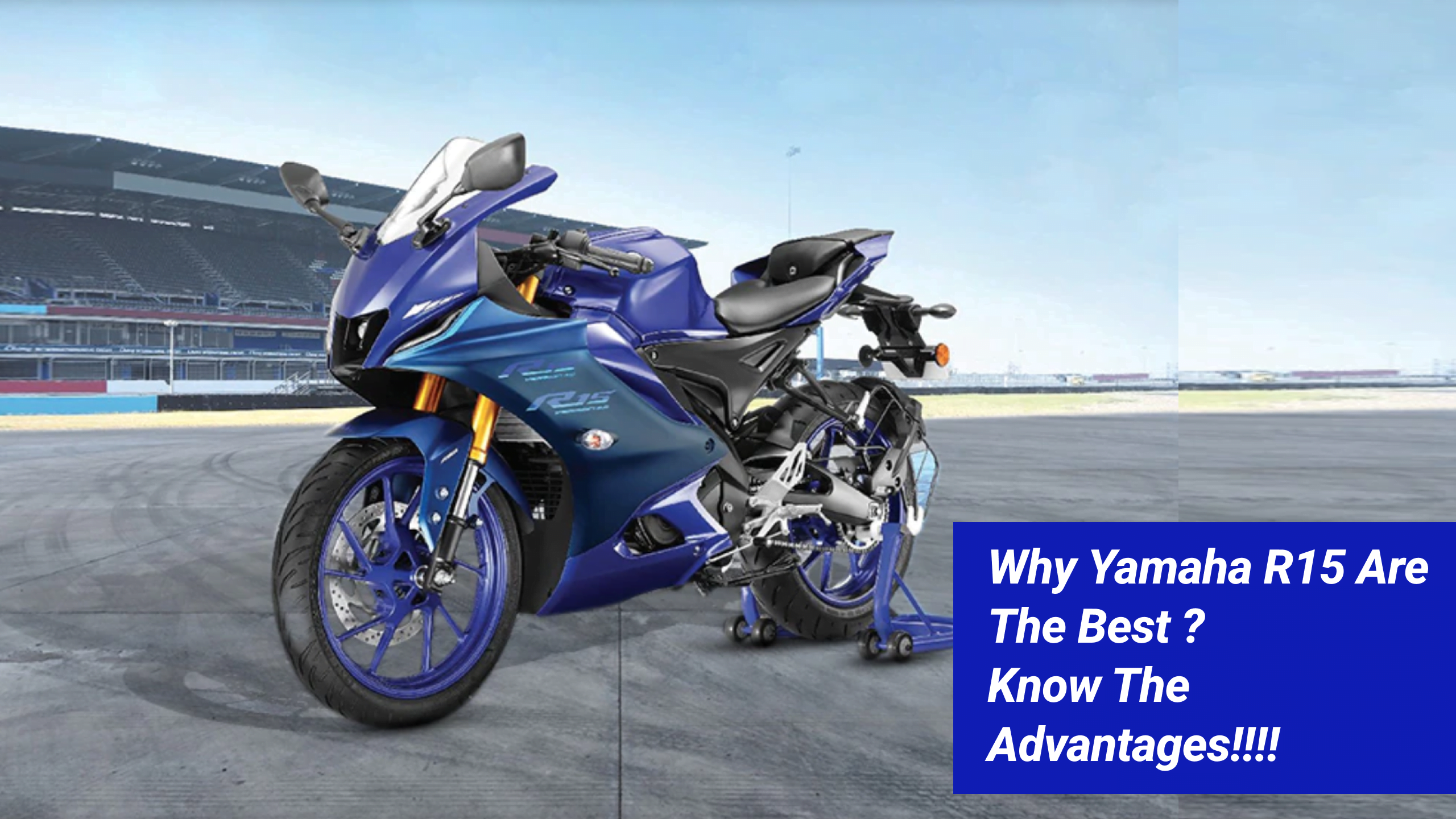 By: charviM In: Media COMMENTS: 0

The Yamaha YZF-R15 has undergone a significant improvement in the 4.0 version, making it more desirable than ever. Here are five reasons to buy the new Yamaha YZF-R15 V4.0, which includes changes to the motorcycle’s design and upgraded functions.

The look of the brand-new Yamaha YZF-R15 V4.0 is one of the main selling points. One of the most attractive motorcycles in the sub-200cc category in the Indian market, the YZF-most R15’s recent iteration takes design cues from the current YZF-R7. Full fairings, an M-air duct up front, a single-pod headlight, dual LED DRLs, a bulky fuel tank, a step-up seat, and a side-slung exhaust are all features of the design. Five colour options are offered for the new YZF-R15 V4.0: Metallic Red, Dark Knight, Racing Blue, R15M, and Monster Energy MotoGP. Depending on the colour option chosen, the prices change.

An LED headlight, LED DRL, LED taillight, and a Bluetooth-enabled fully-digital instrument cluster are all standard features across all motorbike models. Access to services like call alerts, SMS and email notifications, and phone battery level is made possible by Bluetooth communication. The smartphone app displays information on the amount of fuel used, maintenance suggestions, where the vehicle was last parked, malfunction notifications, the rpm dashboard, and ratings. Dual-channel ABS, traction control, and side-stand engine cut-off are all examples of standard electronic rider aids. A quick-shifter is also included as standard on the Racing Blue and R15M models, whereas the function is an optional extra on other models.

Along with updated features and redesigned aesthetics, the Yamaha YZF-R15 V4.0 also receives updated hardware. As opposed to conventional units on the previous motorcycle, the suspension configuration now uses upside-down telescopic front forks, putting it on par with the international-spec model and with competitors like the KTM RC125 and the RC200. The rear’s mono-shock with preload adjustment is still used for shock absorption. A 282mm single disc in the front and a 220mm rotor at the back conduct the anchoring functions, and the setup provides impressive feedback.

The 155cc, single-cylinder, liquid-cooled engine with the Variable Valve Actuation technology is still present in the motorcycle. The motor, which is connected to a six-speed gearbox, produces 14.2Nm of maximum torque at 7,500 rpm and 18.1bhp at 10,000 rpm. The assist and slipper clutch mechanism is still used by the gearbox. Above 7,400 rpm, the variable valve actuation system engages to give powerful performance across the rev range. The motorcycle is reasonably speedy in the lower RPM range, but it starts to rev up at about 4,500 rpm.

Because of its superb handling, the Yamaha YZF-R15 has always been a fantastic motorbike to ride. The delta box frame and the sporty suspension arrangement give the motorcycle a nimble and responsive feeling. However, comfort suffers as a result of this. Using the assist and slip feature, the clutch feels remarkably light.

The Yamaha YZF-R15 V4.0 is a much-improved version of the previous model, and the motorcycle is now more enticing than ever. The newly revised style is immediately appealing, and the feature list raises the attractiveness level even more. The YZF-R15 V4.0 continues to be one of the most entertaining motorcycles to ride in its class thanks to its fast, 155cc engine. The high cost of all the updates, however, may influence some purchasers’ purchasing choices in the Indian market. Additionally, the aggressive rider triangle and the sporty suspension tuning might not be suitable for all purchasers, which might influence their purchase decisions.

Want to increase your bike’s mileage? Then don’t do these things!!!
PREVIOUS POST

Any questions related to Why Yamaha R15 are the best ?-Know The Advantages!!!!?